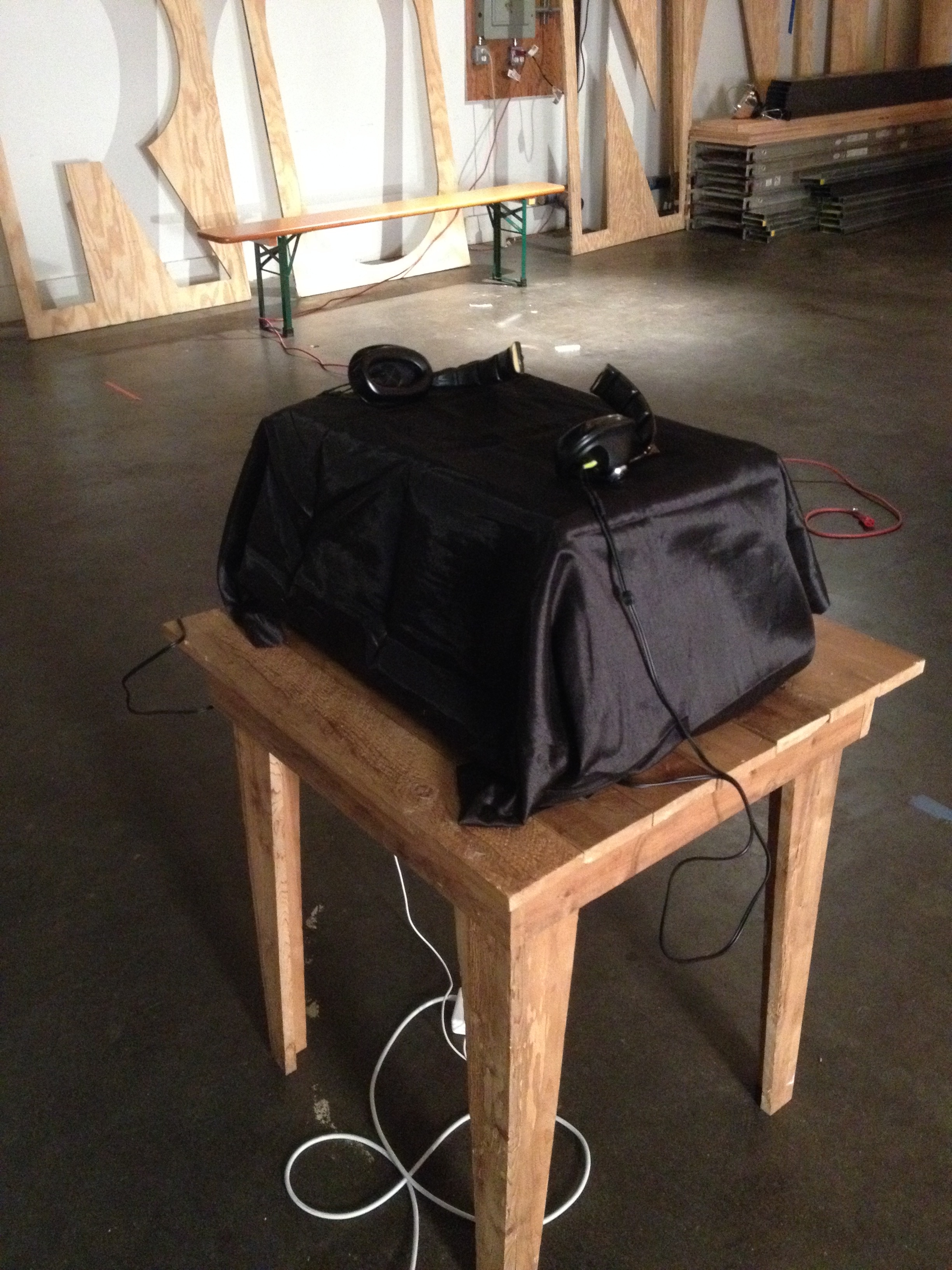 “Listen to Us” is an interactive sound artifact that I completed as my final project for “Resonance: Sonic Experience, Science, and Art”—a course at MIT taught by Caroline Jones and Stefan Helmreich—and which was included in the second Curious Sound Objects show.

Marcel Duchamp claimed, “One can look at seeing, one can’t hear hearing.” Drawing on the work of other sound artists, “Listen to Us” counters Duchamp’s fiction with its own fiction: that hearing can be split, shared, resonated and amplified to the point where we can no longer hear anything outside of each other’s hearing.

“Listen to Us” consists of a pair of headphones which has been split in half. Each half has had a tiny microphone inserted into it, pointing into the listener’s ear. Between the two earpieces, a hidden computer and audio interface begin the performance by sending impulse sounds into the listeners’ ears. The reverberations of these sounds are picked up by each microphone and passed as impulse into the other participant’s ear. The cycle repeats itself rapidly (in a sped up version of Alvin Lucier’s “I Am Sitting in a Room”) until the sounds have become distorted by the properties of the listeners’ ears. The space that is sonically realized is a merging of these two ears, and the sound, we can claim, is the sum of the distortions at play anytime the two participants listen to one another.

Besides the two participants, another person or group can listen in on the sounds as they take shape by simply plugging another set of earphones or loudspeakers into the interface. The participants then become a spectacle, hearing each other’s ears as the sound of their hearing-together is revealed to the observers.